Summary: This re-telling of the Ancient Greek tragedy The Bacchae by Euripides applies the play’s controversial and ambiguous message to a contemporary setting. When demi-god Dionysus (Jack Herholdt) arrives in his hometown, he finds that his divinity is refuted by the townsfolk and the royal family, his relatives. Dionysus drives the woman of the town mad and they practice a wild and worshipping lifestyle as his followers, the Bacchae. The ruling king and Dionysus’s cousin Pentheus (Brad Brokman) has Dionysus arrested. Dionysus plots to prove his divinity once and for all with brutal consequences for all in the town.

Why Go?: The Bacchae is one of my favorite plays of all times. It poses so many insatiable problems about politics, gender, and divine right, and it would be fascinating to see a re-interpretation of its many open-ended questions.

Stand-Out Bits: Bacchae Redux retains much of the plot’s original plot. What has been added is a much closer look at the women Dionysus has trapped into worshipping him. The bacchae are split into two groups. In one, the women are in a mental state of insanity roaming the forests. They are unaware of their actions and it seems Dionysus exerts more control over them. The other group is made up of women who maintained their self-awareness and reason. They remember their old lives and make more of a conscious choice to escape them. Herholdt does the original play a great service in providing these women with a voice. Much of the new play is dedicated the stories of these women. They reflect on how their lives have been transformed by their removal from their patriarchal society. At several points in the play, they must decide whether Dionysus’s tactics have been fair. They must choose to either live blissfully apart from society or to rejoin it along with its hardships. The play’s contemporary references during the bacchae’s scenes (one woman used to work at Macy’s, for example) were inconsistent and a little distracting. I think the play could still have resounding meaning without them.

Another extended role is that of Agave (Mickey Pantano), Pentheus’s mother, one of the mad bacchae in the forest. She is given much more space to lament Dionysus’s wrath and while I feel it could have been much more focused, I appreciated her voice in the story. Oftentimes when approaching a story like this, we tend to focus on the main power players (Dionysus and Pentheus) instead of the damage they inflict on those around them. I’m happy to see the some light shining on these forgotten figures. 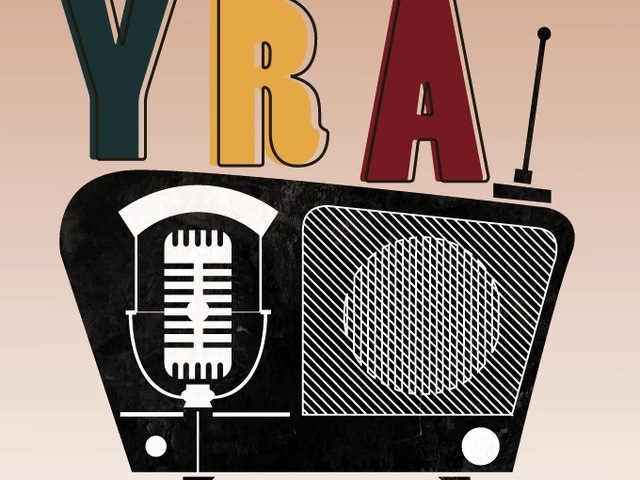 Your Radio Adventure by Jonah Eisenstock
Summary: Two paranormal mystery stories are presented by four actors in the style of a live radio play. The audience participates in deciding the plot’s next turn of events.

Why Go?: If you nostalgically listen to Prairie Home Companion on the regular, or if you’re just looking to diversify your Fringe portfolio, this is for you.

Stand-Out Bits: If you’re like me, when you ‘choose your own adventure,’ you’re never satisfied with just the path you’ve taken. You MUST explore every single other possible turn of events before you can put that book. Your Radio adventure does a similar thing. It takes two simple stories– a noir piece about a private eye investing an otherworldly case, the other about a group of friends lost on a road trip– and in half an hour, we watch as many possible chains of events as determined by the audience’s votes. The stories themselves aren’t very engaging. They’re campy and enjoyable, the latter pretty clearly inspired by Scooby-Doo, but I didn’t feel invested in learning every twist and turn about them. What is worth watching, though, is the ensemble doing double duty as actors and as sound effect creators. They’re a playful and charismatic group, and the show is at its best when their talents are put to the test. Watching them perform and interact with each other, even as minimally as they do in a radio play, was far more interesting than either the stories or the sound effects.

One thought on “Fringe Round-up! Part 4: Bacchae Redux and Your Radio Adventure”