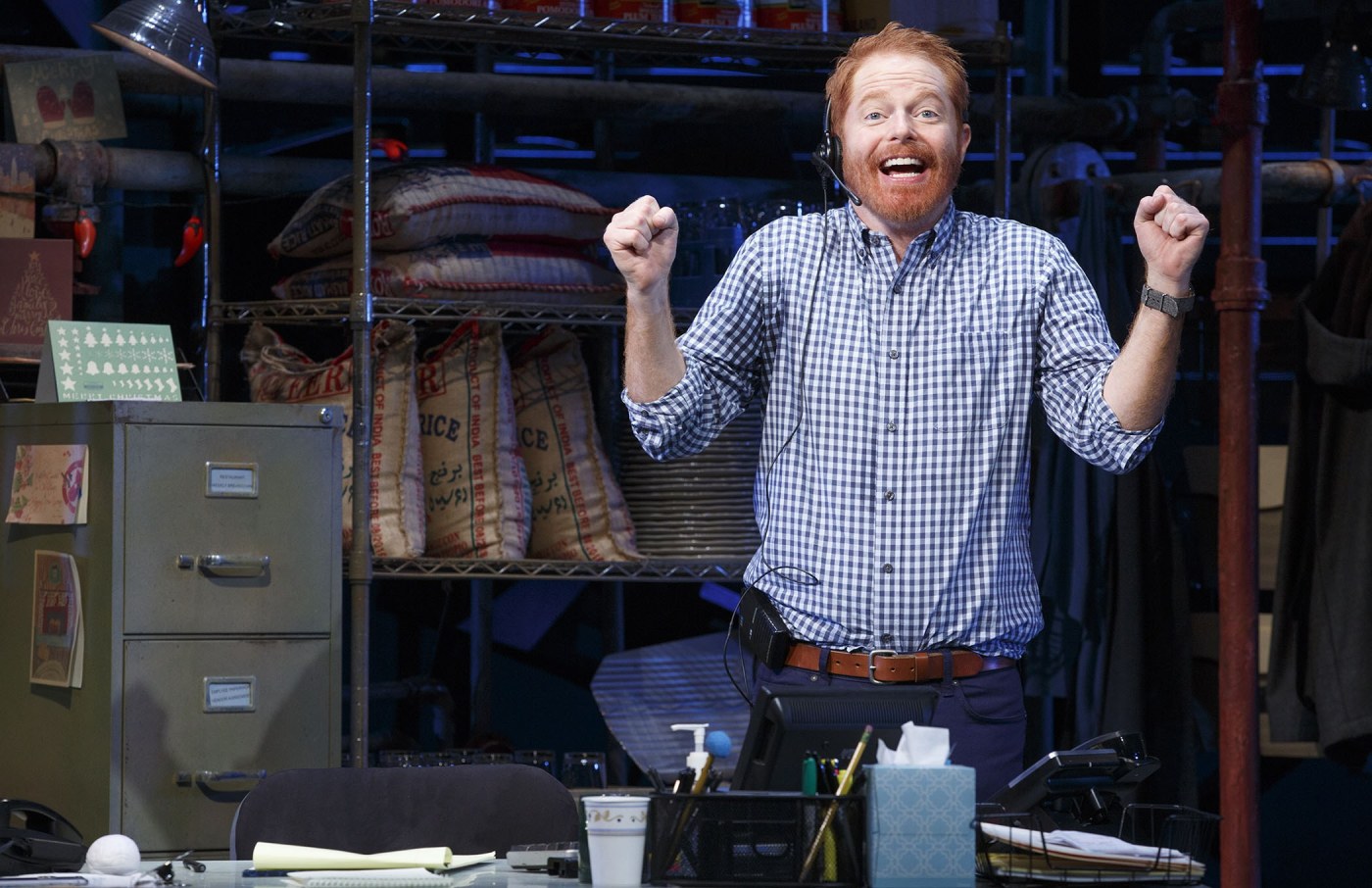 They say, “write what you know.” So lots of writers write about failure. They write about what keeps them going amidst failure. They affirm their passions and career through their characters, often thinly-veiled versions of themselves and their colleagues. And usually by the end of the play, there’s a success: the artist finds their voice, or the artist gets their play produced, or gets magically noticed by an industry leader. That glimmer of hope at the end makes the whole artistic journey worthwhile.

There are a number of theatrical works about novice writers or out-of-town actors trying their showbiz luck in the big city, and it’s no wonder why. In such an unstable and fickle industry, artists need all the optimism they can get. The one I tend to reflect on most is Jonathan Larsen’s Tick, Tick…Boom! It’s the ultimate musical about doing what you love: aspiring composer Jon (a stand-in for Larsen) is overcome with anxiety about his career and life choices as he approaches his 30th birthday. Jon nearly gives up his dream when, in the final moments of the show, he listens to a voicemail message left by an admiring Stephen Sondheim. Jon’s work finally gets the recognition it deserves, and he is now filled with hope for the future and gratitude for the challenges that led him to this point.

But Jon didn’t need a magical deus ex machina phone call from Sondheim to validate his career struggle. We already know that Jon aka Larsen is destined for success simply because we are seeing his show. His name is in the playbill. We can retroactively apply our knowledge of the artist’s success onto their work. So when Jon must decide to stay in New York, or move with his girlfriend and give up his theatrical pursuits, we’re rooting for him to stay because we know how the story ends.

I first saw Tick, Tick…Boom! at City Center Encores with Lin-Manuel Miranda playing Jon. These were pre-Hamilton times, but even though Barack Obama and J.J. Abrams still didn’t know Lin’s name, we theater devotees certainly did. Miranda’s career has parallels to Larsen’s in many ways: both wrote great, era-defining musicals that were widely different from traditional Broadway fare. They both sky-rocketed to success and gained a vast following. And they’re both chums with Sondheim. Here again, the casting mirrored the actual story in ways that an audience with a working of the theater world could clearly see. Does this distance us from the very real struggles of an up-and-coming artist? Do we more easily dismiss their hardships because we know it’ll turn out alright?

And perhaps more importantly, what message does this give to aspiring artists in similar situations? Jon’s choice to stay in New York might seem like a strong step towards his destiny in retrospect, but in its own isolated moment, it might actually feel rather impractical and neglectful. But that’s not what the show, and many like it, allows us to see. And the playwright is only partially control of that effect–even if Larsen had left Jon’s fate unresolved, we’d still feel optimism about his career because we know that either a) Larsen’s success is Jon’s success, or b) that the famous star of the show has seen himself through the other side of failure.

On a side note, this is probably why I fell in love with the 2013 film, Inside Llewyn Davis —it’s a rare portrayal of a struggling artist who, through a mix of terrible luck and personal weaknesses, never seems to be able to translate his talents and passions into financial gain. Unlike Jon, his own meeting with a record producer shows just how superficial his industry is and how his journey might arrive to its destination.  Can you imagine if  superstar Justin Timberlake changed roles (he plays an up-and-coming musician) and played the title character, instead of a then relatively-unknown Oscar Isaac? The whole heart-wrenching experience would have felt like a contradiction.

I felt this distance again in Fully Committed, a one-man show starring Jesse Tyler Ferguson about a down-on-his-luck actor named Sam who makes ends meet taking reservations for an upscale NYC restaurant. Mentions of Sam’s professional disappointment are scattered throughout the play—a failed HBO pilot, a missed callback for a Shakespeare production, an intense rivalry with a fellow actor friend. It’s clear that Sam’s at his breaking point. Finally, Sam decides to take fate into his own hands, using his powers to secure tables for high-profile guests in order to bribe his way to a callback at Lincoln Center. By the end of the play, Sam’s acting career is back on steady ground, as have his confidence, assertiveness, and self-worth. The title “Fully Committed” refers to the terminology used to say a restaurant is completely book, but it also can refer to the ‘committing’ of a patient to an asylum, as well as to one’s ‘commitment’ to an endeavor. Confused and disappointed at the start, Sam can once again commit himself to his dreams.

Ferguson began his own acting career in theater, and it’s not a stretch to assume that he was once an aspiring artist working hard at unfulfilling jobs to make ends meet. Now he’s a household name making sweet broadcast television dough. Does the fact that Sam is played by a personality who clearly made the right choice sticking it out overshadow the character’s own say in his decision? We’d really have to jump through some mental hoops to ignore the fact that here we have a character lamenting his acting career while literally on a Broadway stage in a one-man show. It seems like success is in the cards for poor Sam after all. Would we be comfortable considering the opposite?