The Most Memorable Part of ‘Tuck Everlasting’ 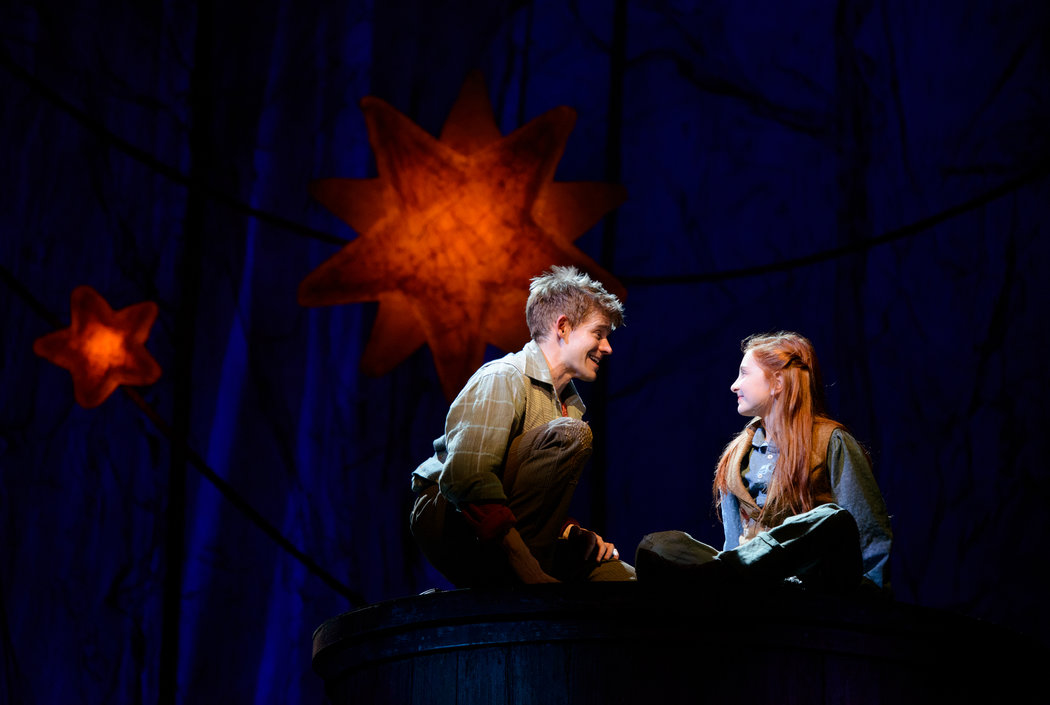 “I could live like this forever!” is the refrain sung nearly all the major characters in Tuck Everlasting, a musical adaptation of the beloved children’s novel. Unfortunately, since last week’s announcement that the show would close on Sunday, this line comes with its share of irony. Tuck’s lifetime was sadly cut short.

The musical tells the story of the Tuck family who become immortal after drinking from a magical brook. They mostly live their lives independently to avoid suspicion, but reunite every decade in their hometown near the brook. A local 11-year old girl named Winnie befriends the youngest Tuck, Jesse, who then brings her home to meet the family.

Fast forward to the end of the show because, frankly, there’s not much worth discussing in between. The Tucks are forced out of town by a conflict with a carnival man who learns their secret. Before leaving, the Tucks tell Winnie to drink the magical brook water and become immortal when she turns 17 (when she is adult enough to possibly have an appropriate relationship with Jesse). At first Winnie seems intent on joining the Tucks forever, but suddenly her resolve disappears.

What follows is a ballet representing the rest of Winnie’s life. Different actresses playing Winnie at different ages come from behind the set and dance out key moments in Winnie’s life: her first love, her marriage, starting a family, and her tranquil old age. But every blessing in Winnie’s life seems to also bring  sadness; with each transition into adulthood, one of Winnie’s relatives pass away. Their deaths are indicated by the characters all holding hands, a somber change in music, and the dead relative releasing Winnie’s hand, with Winnie showing a slight struggle to let them go. The ballet is by far the most rewarding moment of the musical, juxtaposing the joys of life and the struggles of grief with far more nuance and emotion than the rest of the show’s narrative.

The ballet is also so starkly different from the rest of the musical’s more traditional structure. It marks a sudden shift in the priorities of the story. For most of the musical, we were dazzled by the adventures immortality could bring (vis a vis the Tucks) and seeing the central plot through the wondrous eyes of an 11 year old girl. But this story isn’t really about the Tucks. This is about Winnie and what effect this experience will have on her and her family. This is about the duality of life and death in our lives, and how our fears of one can either make us appreciate the other more, or paralyze us from enjoying anything.  If I had the magical brook steps away from my door, as Winnie does, I don’t think there’d be a day I wouldn’t debate going to it.

Perhaps this is precisely why Winnie doesn’t drink from the brook. As she grows up,  we see her so joyfully invested in the life around her, in her family and her town. Death is an inevitability for her, but it doesn’t have to control her. Immortality is only desired by those who fear that their life will not be enough to look back on. But Winnie is not like that. She too much in the throes of life to second-guess her decision at the brook.